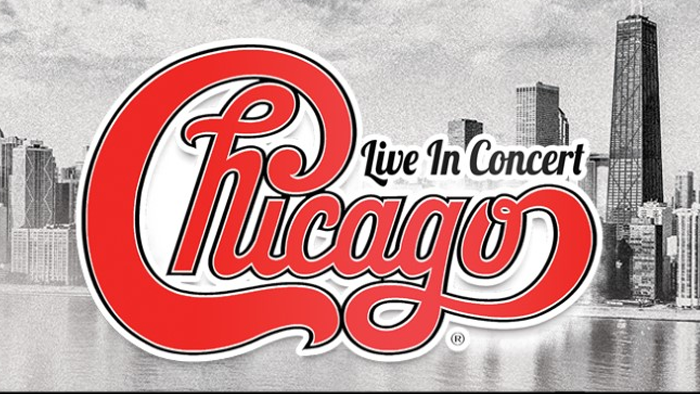 The November 19 performance of CHICAGO has been rescheduled for May 15, 2021. Any tickets purchased for the previous date will be honored at the May 15 concert. We look forward to seeing you at the show! For any further ticket inquires, please reach out to the point of purchase.

Tickets: (all tickets plus applicable fees)

Hailed as one of the "most important bands in music since the dawn of the rock and roll era" by former President Bill Clinton, the legendary rock and roll band with horns, Chicago, came in at #9, the highest charting American band in Billboard Magazine's recent Hot 200 All-Time Top Artists. And Chicago is the first American rock band to chart Top 40 albums in six decades.

Chicago was inducted into the 2016 Rock and Roll Hall of Fame, and their first album, Chicago Transit Authority, was inducted into the Grammy® Hall of Fame in 2014. The band’s lifetime achievements include a Grammy® Award, multiple American Music Awards, a star on the Hollywood Walk of Fame, a Chicago street dedicated in their honor, and keys to and proclamations from an impressive list of US cities. Record sales top the 100,000,000 mark, and include 21 Top 10 singles, 5 consecutive Number One albums, 11 Number One singles and 5 Gold singles. An incredible 25 of their 36 albums have been certified platinum, and the band has a total of 47 gold and platinum awards.

Chicago have toured every year since the beginning - they’ve never missed a year.  The original three band members are Robert Lamm on keyboards and vocals, Lee Loughnane on trumpet and vocals and James Pankow on trombone. The band line-up also includes Wally Reyes, Jr. on drums, Keith Howland on guitar and vocals, Lou Pardini on keyboards and vocals, Ray Herrmann on sax and flute, Neil Donell on vocals, Brett Simons on bass and Ramon "Ray" Yslason percussion.