Juanita K. Hammons Hall for the Performing Arts is the realization of a dream that began in the 1960s - to conceive, create and construct a state-of-the-art performing arts center to serve the needs of Springfield and the surrounding region. The Hall is named for the wife of well-known developer, entrepreneur and philanthropist John Q. Hammons, in recognition of the couple's major donation to the venue’s capital campaign. Since its gala opening in October of 1992, Juanita K. Hammons Hall for the Performing Arts has met and exceeded the expectations of arts enthusiasts. 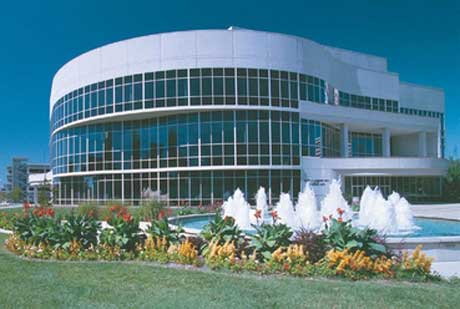 Hammons Hall presents a full season which includes touring Broadway musical productions, single performances covering the gamut of entertainment from classical music to jazz to dance to theatre, children’s shows, and an emerging concert artists recital series. In keeping with Hammons Hall’s mission to serve the student population, Missouri State University concerts, recitals and lectures are also a part of the season’s schedule. The Springfield Symphony Orchestra has presented their concert season in the Hall since the venue opened in 1992; other community arts organizations perform in the Hall and/or partner with the Hall to present performances by touring artists, and Visual Artist Alliance of Springfield, and Springfield Public Schools have ongoing art exhibitions hanging in the Hall’s lobby gallery spaces. To complete each season, the Hall is available for rental to touring companies, for concerts, conferences and large-scale receptions.